On the most beautiful avenue in Lourdes
with a view of the Château Fort, the old bridge (Pont Vieux) and the Gave de Pau river

Passed from father to son since 1928… for 90 years the management have warmly welcomed visitors and pilgrims to the heart of this town devoted to the Virgin Mary.

Soon after the apparitions occurred in 1858, Lourdes’ Public Baths were constructed in the place now occupied by the 3*** Hotel Notre Dame de France. The town architect then had a hotel built, offering several rooms; between the two World Wars it too was replaced with the present “Art Deco”-style building.

The Hotel is called NOTRE DAME DE FRANCE because in 778 Charlemagne, King of the French people and Roman Emperor, took possession of vast swathes of the Bigorre region, except for the castle at Mirambel, held from within by a man named Mirat. The bishop of Puy was a friend of Charlemagne, but also a faithful servant of and ambassador to the Virgin Mary. He went to find Mirat, and among the words they exchanged, the bishop said: “Mirat, since you will not surrender to Charlemagne, the most glorious man in the universe… since you will not recognise a master, won’t you at least recognise a mistress? Devote yourself to the noblest lady who ever lived, the Mother of God, Saint Mary of Puy, Our Lady of France. I am her servant. Become her knight!” At these words, Mirat, already touched by a ray of heavenly grace, replied, “I hereby surrender my weapons, and give myself and all that I own to the Holy Mother, Saint Mary of Puy.” Mirat and his children received the title of knight, and Mirat was baptised with the name of Lorus. Soon after, all his possessions were returned to him and he took back his castle at Mirambel. As was customary for noblemen, Mirat (or Lorus) gave his name to the Château Fort of Lourdes, known as Lordum ever since. This part of the legendary tale proved useful much later, for creating the Lourdes coat of arms. 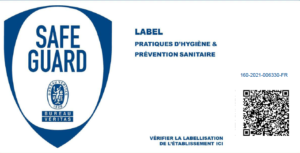 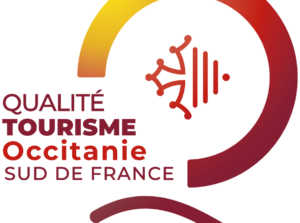